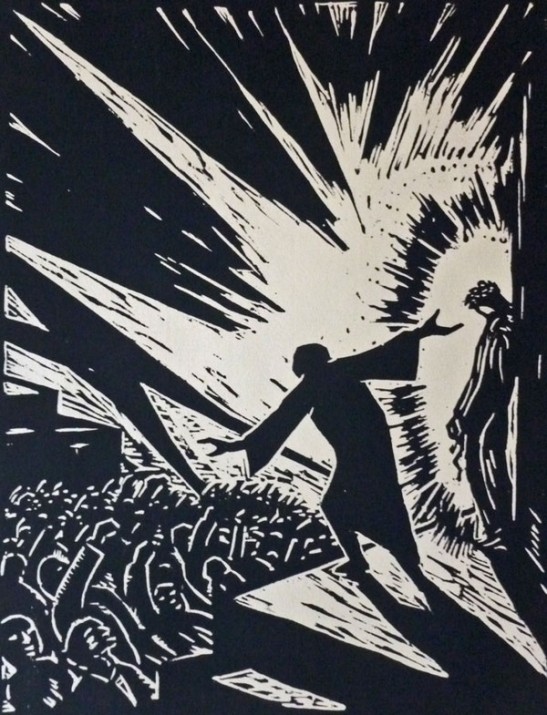 Throughout John, Jesus has talked of his hour to come.  Now it arrives with his judgment, mockery, scourging, condemnation and rejection by his people.  The first half of this scene (John 18:28-40 – last week) focused on truth.  This section focuses on power.  Pilate asks Jesus about both.  He answers, but not in a way that Pilate either expects or understands. Earlier in the gospel (in John 11:45-53) we heard that the Jewish leaders feared the power of the Romans who might wipe out their nation.  Ironically, in this passage it’s the reverse.  Pilate, the Roman Governor, is afraid of the power of the crowd: the Jewish nation.   Jesus has been accused of seeking power: first political – to overthrow Rome (18:30-32) and here religious – imagining himself as the chosen Messiah-Son-of-God (19:7).  Yet it’s all of the other characters around him that are actually seeking power.

In the story, it’s the servants, or followers, of the leaders who do the condemning and killing.  It’s the soldiers, not Pilate who scourge, flog and mock Jesus.  It’s the crowd, not the Pharisees and Sadducees, who demand the death of Jesus with their mob mentality and deafening cry of “Crucify Him!”  Their actions show to whom their identity belongs.   Jesus, on the other hand, is clear, concise, centered.  He knows who he is and to whom he belongs.  He is from above.  His power is from above, Like the ways in which he has told Nicodemus one must be born (John 3) Like the Good Shepherd who knows his own and his role.  Like the Good Shepherd who lays down his life, in order to take it up again.   (John 10:1-18). Pilate who supposedly has all of the power is like a flag that blows with the wind, bending to the whims of the masses, who seeks identity in popularity.

The famous French philosopher Michel Foucault (1926–1984) focused his vast studies on how knowledge of human beings is inextricably connected to power over them.  He’s famous for concluding that “power is knowledge.” He understands Power to be based on knowledge and makes use of knowledge; on the other hand, power reproduces knowledge by shaping it in accordance with its anonymous intentions.  Jesus seems to have power because he understands himself and knows the world, while the other actors don’t.

LINK to the downloadable PDF study guide for John 19:1-16a HERE that we’ll use for discussion @CAPCOakland

This entry was posted on March 15, 2018 by Monte McClain in Blogging Towards Sunday.