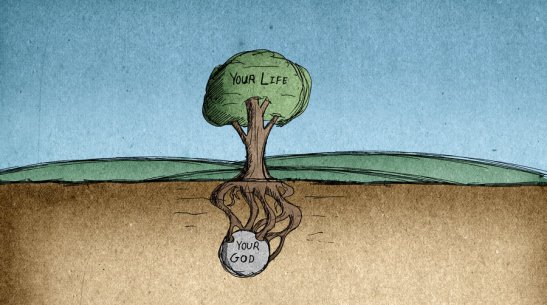 The Bible talks about sin. If you haven’t heard yet, it’s against it. In the overarching vision of the testimonies of the Bible, sin is entymologically “missing the mark or target” (as in a errant error in archery). When I (Monte) look at the ensemble of the sciptures it seems that one sin is repeated over and over: putting oursevles in the place of God, trying to be God, in control of all things and people – in essence idolatry with our selves as the idol. The Bible tells many stories, with most of the characters being people struggling with addicition to idolatry. Maybe that’s human nature?

Today’s scripture lifts up the great and mighty King David. He is the one who supposedly had a heart after God, (Acts 13:22) who alone seemed to be a godly man, impervious to the tempations of idolatry, indulgence and self-glorification. And yet…..

In today’s scripture it’s Spring. The Israelites are returning to war (as ancient cilivations usually did following the winter break). King David send his general Joab to continue warring against the Ammonites, a war begun in 2 Samuel 10. David stays behind. We know it’s not because of timidity or a lack of courage. Is he settled as a ruler, no needing to prove himself on the battlefield? Is he settled as the king, not wanting to leave the trappings of power behind? Has he settled, believing that he is above any and all conscription, limits and restraints…he is the God-chosen King!

Eugene Peterson unlocks the spiritual nugget that lies just underneath the words of this text. He zeros in on the verb “to send.” Take a look at the text. It reoccurs thourghout the story like a seam or guiding line. David does most of the sending…the troops, Joab, servants to get Bathsheba, for Uriah to return home and hopefully sleep with his wife to thus hide David’s indiscretion and adultery, and then he sends word to Joab to send Uriah to the front lines of the next battle: to imminent death Finally David sends for Bathsheba to come and stay with him, to become his wife.

What’s curious is that in all of this God never does the sending…and David never goes to God, seeking divine wisdom or guidance to inform his decisions. He has either given himeself over to the indulgence of royal power, or has allowed himself to be tempted and swallowed up by it. God has not abandoned him. Remember David was the one that God chose (when he seemed to be the most unlikely candidate) to become the king of Israel. But David seems to have forgotten God in the comfort and trappings of being King…which is only one step away from being a god. None of us are kings and queens….but are we really all that differnent than David?

This entry was posted on July 23, 2015 by Monte McClain in Uncategorized and tagged Blogging Towards Sunday.